HOW TO DEAL WITH JERKS AT WORK 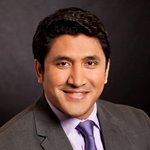 VERIFYING YOUR COWORKER IS A jerk

To understand a jerk, you don’t need to be one. Review this list of behaviors to help you determine if your coworker is a jerk. And if so, exactly how much of a jerk is he/she?

Renowned "workplace asshole" expert, Robert Sutton, writes that one of the best ways to identify a jerk is the way they talk to their superiors and inferiors. They will take every opportunity to brownnose their bosses and tear down their peers, and those lower on the totem pole, to gain an edge. They will likely hold their cards close to their chest too, withholding information that they perceive as vital to their domination campaign.

Looking for the app?

TAKING ALL THE CREDIT

They are quick to take credit for a success, but conveniently forget to give it out when it's due. This is related to their zero-sum mindset, that your success means they get less of the pie. Their quest for short-term domination can be at the detriment of the long-term benefit of the team, the company, and ironically even themselves.

Jerks will routinely ignore new information and only listen to evidence that supports their world-view. It could be a certain management style they somehow know works best, simply because it’s the only one they’ve used. The same goes for their opinion of you. If you’ve made just one mistake, that’s all they need to write you off forever. Unfortunately, our brains actually reward us for being “right” no matter the truth, so they have every incentive to stay the same.

When things go wrong, or even when they don’t go exactly right, a jerk will be quick to lose their temper. Once in this emotional state, reasoning and clear-minded decision making are near impossible. Often their short temper can cause a cascade of bad decisions, creating even more problems for everyone.

Everyone makes mistakes. Sometimes we might not even be aware of mistakes we’ve made until someone around us speak ups - and hopefully we don’t take this personally. However, a jerk will see any criticism as an attack on them personally, putting them in a fiercely defensive mode. In this state, they simply aren’t able to learn and grow.

THE jerk POINT OF VIEW

On more than one occasion, you’ve probably wondered why someone would behave like a jerk?

It might have been how they were raised, or maybe they’ve built a habit of reacting negatively to bad news. Understanding the underlying motivation behind their actions can provide some insight for dealing with them effectively. Fundamentally, their actions stem from insecurity, lack of empathy, and sheer unawareness.

Insecurity can push a jerk to feel like they need to stay competitive in any situation, because their position is fragile, and must therefore be constantly reinforced. For example, they might be sure if they’re right, but to admit they’re wrong would show incompetence, confirming their worst fears.

Clearly, a jerk doesn’t take the time to self-reflect and consider another person’s point of view. They are unaware of how their actions are affecting those around them. They may even believe their industry or role requires them to act like their progress is a zero-sum game. Thus, they might see anyone else’s gain as their potential loss.

“Respond intelligently
even to unintelligent treatment

STRATEGIES FOR DEALING WITH jerk COWORKERS

Depending on your circumstances, consider one or more of the following suggestions to deal with the jerkes in your life.

When someone is spreading negativity, it's easy to get pulled down to their level. Rude behavior has been found to spread like a disease. It is important to immunize yourself against toxic thinking. Let go of their bad behavior and find your balance with tools like meditation and mindfulness.

Documenting their behavior can be extremely helpful. The act of journaling can help you reflect on the absurdity of their behavior and help you let it go. But if things get out of hand, your documented notes can be useful to report their behavior. Other people around you are likely experiencing the same things and having a record of what you’ve witnessed can help you collect allies to convince management of the negative effect the jerk is having on his/her coworkers.

Some jerkes are unaware of how their actions are impacting you. “They might be surprised if you gently let them know they are leaving you feeling belittled and bemoaned”, says Robert Sutton. This is an important first step in finding a common ground with a jerk you need to work with.

If you cannot leave your job or department, you can do your best to limit the amount of contact you have with your local jerk. Try to limit personal contact and the amount of time you spend with this person. The longer your exposure to their negativity, the higher the chance they can start affecting your mood permanently.

While it may be difficult to leave any organization, your emotional intelligence will tell you when it is time to leave instead of continuing to spend your time and energy with a jerk. Learn to read your own signal without judgement. If your work environment is toxic and there is no remedy in sight, you need to find something else.

When you imagine yourself living as the person across from you, you’re practicing empathy.

If you were to switch bodies and memories with the jerk you probably wouldn’t see yourself as the bad guy in other people’s lives. By understanding this, you might not feel as strongly as you do against the jerk. You may even pity them, because they are unaware of their role as the villain in so many people’s lives.

But feeling pity doesn’t mean you’re required to be charitable. You need to do what’s best for your personal mental health and career. If you feel you can invest the energy and time to help the jerk realize how they’re treating everyone around them, then you’ve put your best foot forward. Don’t forget that it is ultimately up to the jerk to change their behaviors. Don’t blame yourself if you must confront the jerk or leave.

Working with a jerk tests your emotional intelligence. To be able to empathize with a jerk, while being honest about how they make you feel is difficult. Further, it takes real self awareness to know when your limit has been reached and it’s time to move on.

All in one place.

Hear from our experts and the Mindcurrent community.

Want to share your story? Reach out to us at info@mindcurrent.io to have your story featured here.

Looking for the app?

Blog Meet our Experts About Mindcurrent Press Contact Us